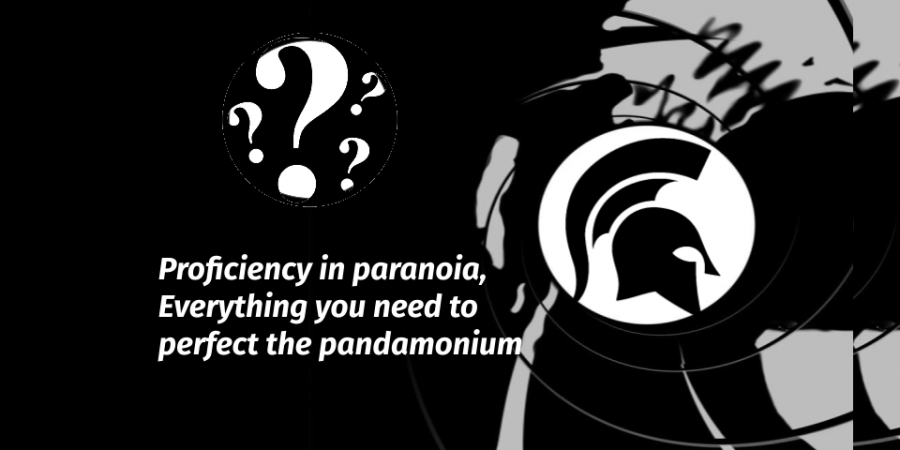 As the seasons change and the snow rolls in, the scene is set for the return of Mayo High School’s beloved GOFA and everyone’s favorite schoolwide game of tag, Paranoia!

That’s right Paranoia has returned in all of its glory in full swing with the GOFA madness. Anyone can join in on this classic GOFA activity for just five dollars! If you want to join in on this panic-inducing frenzy, fill out a form which can be accessed through a QR code in Mr. Terpstra’s room 103 by door 1. After you fill out the form, give the 5 dollars to your history teacher or any respective history teacher that you may know. Don’t forget to grab your target sheet from your history teacher you signed up through on Monday!

Now that you are signed up, you may be wondering, how do I play Paranoia anyway? As stated earlier, Paranoia is a schoolwide game of tag in which at the start you are assigned a “target,” a random name of another player in the game. Your job is to find that person in the halls during passing time. If you can do this, you have to tag your target and say “paranoia,” thus making them now “out of the game.” You collect their target from them, who now becomes your new target, but watch out: there are also always other players hunting you too.  This process repeats and plays out all over the school until you are the last one standing!

The game begins each day with the first bell in the morning, 8:15. It ends each day at the end of 8th period, so there is no after-school paranoia.

Here are other rules of the game:

You must give up your slip when tagged out.
There is a zero tolerance policy on any violence.
You are only allowed to tag people in hallways.
There is no tagging in classrooms or outside of the school.
Have fun!

With that being said, enjoy this small return to normalcy through GOFA. Have fun playing the game, ducking through connected classrooms, hiding behind friends in the halls, stalking Instagrams, and most importantly, collecting targets. Monday morning, let the paranoia begin.