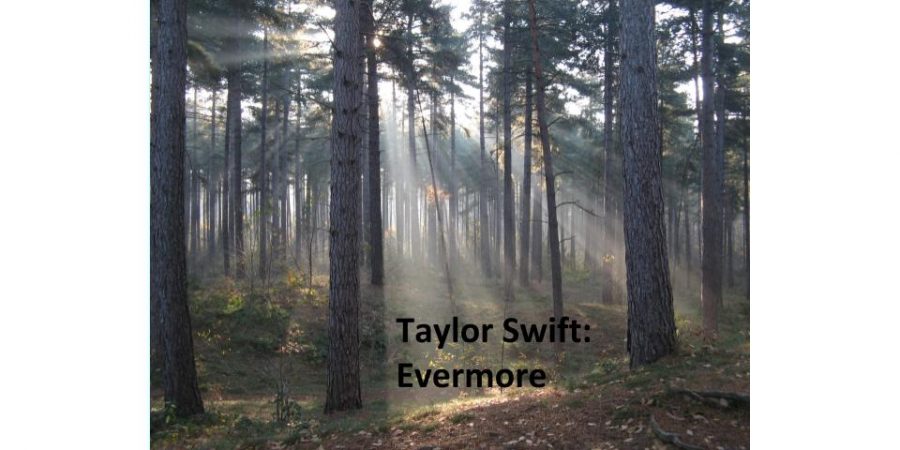 Being stuck in quarantine, Taylor Swift released her surprise 9th studio album, Evermore, on Friday December 11th for her 31st birthday. She announced the 15 track album Thursday morning, shocking everyone. It has only been five months since her last album and sister album to Evermore, Folklore, was released. Taylor brought back the same team from Folklore, including Jack Antonoff, William Bowery, and Bon Iver for Evermore.

The release date was strategic as well. In her Instagram post she said, “Ever since I was 13, I’ve been excited about turning 31 because it’s my lucky number backwards, which is why I wanted to surprise you with this now.”

Taylor has done so much in this short period of time during quarantine. She has released two albums, put out an intimate concert for folklore on Disney+, and started re-recording her first six albums.

Taylor has been known to jump around the genres, going from country, to pop, and now to indie. Folklore and Evermore are filled with slow pop songs. They are calming but upbeat at the same time. I even listen to some of them to fall asleep from time to time. Now don’t get me wrong, I love the album, but all the songs on it are very very similar and somewhat repetitive. If it was just playing in the background and I wasn’t paying attention, I would think only one song was playing for the whole hour, but since I am paying attention and am not listening to them all at once, I love it. It’s so hard to pick, but I think my favorite track is Gold Rush. It’s one of the more upbeat songs on the album and reminds me of her first few albums, which are my favorite. I definitely recommend listening to Evermore yourself to find your favorite.

Taylor has been hiding Easter eggs for this album everywhere from Instagram to album covers for fans to catch onto. She posted a picture of her sitting on a couch on Instagram about three weeks ago captioned, “not a lot going on at the moment,” with pictures of willow and ivy hanging behind her. Those are the names of two of the tracks on Evermore. Clearly there was something going on, Taylor.

Another clue is a bit far fetched, but Taylor Swift is selling cardigans in three different colors. They each match an album except the last one. White is for folklore; orange for Evermore, and green is expected to be for the next one. There are also three stars on the sleeve, possibly representing three sister albums. So, she may have even more up her sleeve than we know.