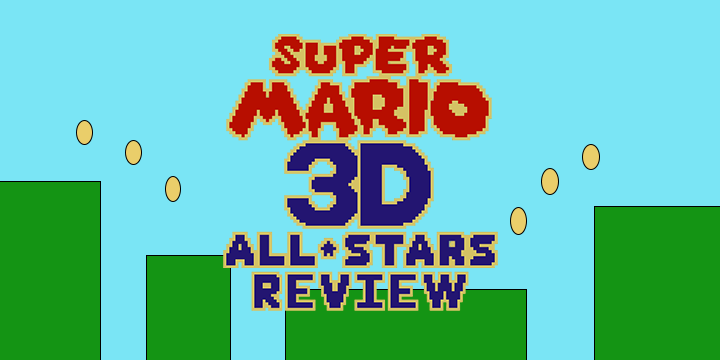 Super Mario 3D All Stars has been one of the most highly anticipated games of 2020. For months, fans speculated and rumored about a collection that would let them play their favorite 3D Mario games all in one pristine package. However, cut to the game’s release, and the community is divided on whether this is a game worth their money. This review intends to tell you what Super Mario 3D All Stars has to offer, what makes it so divisive, and whether you should buy it or not.

Let’s start off with the basics. Super Mario 3D All Stars is a collection of three games, Super Mario 64, Super Mario Sunshine, and Super Mario Galaxy, the first three 3D Platformers in the Super Mario series. The games run with better resolutions (how well-defined the games look) and frame rate (how smoothly they run). It is retailed at $59.99 USD and released on September 18th, 2020 for the Nintendo Switch. While they take place in the same universe, each game was released on a different console and has its own central theme.

Super Mario 64 follows Mario jumping through paintings in Peach’s Castle to traverse different worlds and reclaim her Power Stars. Super Mario Sunshine takes place on the tropical Isle Delfino, where Mario is framed for spreading graffiti and must use his new tool F.L.U.D.D. to traverse the island and recover the Shine Sprites for its residents. Super Mario Galaxy makes use of a new Spin Jump and the gravity mechanics to give Mario unique planets to traverse and beat. While these concepts are cool, what about the actual games themselves?

While some of the objectives in Super Mario 64 can be a bit repetitive or tedious, and some of the levels in Sunshine have a high difficulty spike or glitchy mechanics, you’re basically getting some of the best 3D Platformers of all time in one package. Each game has satisfying moves to master, fun levels to traverse, and a bunch of collectibles to get at your own pace. 64 offers very open levels to explore at your own pace; Sunshine mixes linear platforming challenges and open environments, and Galaxy offers strong linear level design with great level mechanics.

Where other games would feel outdated by their successor, 64 and Sunshine avoid that problem by being very stylized and taking the mechanics and themes in their own direction, giving each a unique experience. If you’re the type of person who wants to know how much money you’re saving by getting Super Mario 3D All Stars instead of each game on its own, pricecharting.com prices each of the original games together at around $75. On top of that, all the games are on one console, look and run better, and can be played on the go due to the Nintendo Switch’s handheld capabilities.

So if the game has all this going for it, why is it divisive?

When looking at remastered collections of other games, Super Mario 3D All Stars pales in comparison. Games like the Crash Bandicoot N Sane Trilogy and the Spyro Reignited Collection rebuilt the graphics and textures from the ground up to fit the modern era, as well as upscaled the graphics and frame rate, added new content, and retailed the collections at $39.99 instead of the $59.99 industry standard. Some of the games in 3D All Stars don’t even run at 60 FPS (60 frames per second, also the industry standard), and Super Mario 64 isn’t even formatted to be widescreen. While this won’t be very noticeable to casual players, hardcore fans who were hoping for similar love and care to be put into the collection were severely let down. None of the games were rebuilt, the upscales aren’t consistent, the only new content is access to the soundtracks we’ve had for YEARS, and it’s $20 more than other similar collections. That isn’t the most controversial thing about this game, however.

When announcing this game’s release, Nintendo stated that Super Mario 3D All Stars would be a limited release. What that means is that on March 31st, 2021, you will not be able to buy this game physically or digitally outside of from consumers who are reselling their copies on Amazon or at a used game store. While games do eventually do this near the end of a console’s lifespan, this is purely an artificial selling point to get people to buy the game now. This is an incredibly anti-consumer business practice. The idea of a remaster collection is to introduce new players to these classic games and preserve games that aren’t in circulation anymore. Super Mario 3D All Stars being a limited release directly goes against those ideas. It doesn’t help that the overall package is underwhelming, so for fans that originally didn’t want to buy the game for this reason, they are now pressured to buy it before it disappears forever.

Now, let me play devil’s advocate for a minute here. Nintendo has only put a limited release on ports of their classic games, not on any other new releases. So while this could set a bad precedent for the industry, it mostly looks like a contained issue. On top of this, there is evidence that this game was set to release much earlier in the year, but was delayed due to the pandemic. The pandemic even hit harder in Japan, due to Japanese culture supporting social work environments with many people not even having WiFi in their homes. So, to appease their stockholders and push the game in time for Mario’s 35th Anniversary, they rushed the game and limited the release to March 31st, 2021, the end of their fiscal year. There are understandable reasons why this collection is worse than others in recent years.

But let’s be real. At the time of writing this, Nintendo has become Japan’s richest company. Although there were some unavoidable problems, they have the money and resources to make this game at the same level if not better than what other companies have done in recent years, and while it’s nice we’ve gotten ports of these games, especially Super Mario Sunshine (has never been ported onto another system except the Switch), this would’ve never been a problem if the Nintendo Switch had digital access to their old games at a similar level as Sony and Microsoft, or even the Wii U.

As a Nintendo fan who has played Super Mario 64 and Super Mario Galaxy on their original consoles, replaying all of the games in the Super Mario 3D All Stars collection was still very enjoyable. The games are still as fun as they’ve ever been, I appreciate the graphical and frame rate improvements. However, with how low quality the collection is, and how mad it makes me that it’s a limited release, it’s hard not to feel guilty spending money on this game.

If you’re a casual gamer that’s interested in 3D Platformers, really appreciates good graphics, and have only tried Mario’s 2D Platformers or side games like Mario Kart, then Super Mario 3D All Stars is one of the best entry points possible; however, if you’re more of a hardcore fan who is knowledgeable about getting these games for their original consoles, has played one or two of these games before, and values the amount of quality put into a game, then I recommend you find a different way to play these wonderful titles. I give this game a 7 out of 10.