In the known universe we can estimate that 4800 stars are made a second. In that same second, 30 stars end their journey in the night sky in bright, 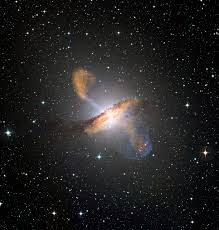 titanic explosions. Countless occurrences like these happen throughout the universe, and some can even be seen in our night sky in galaxies thousands of light years away. Centaurus A is one such galaxy that can be seen by the naked eye under ideal conditions, and if you were to look up at it you would see the aftermath of two galaxies colliding together. In its center you would see a supermassive black hole 55 million times the mass of our own Sun, powerful jets of plasma being ejected at half the speed of light that stretch thousands and even millions of light years long, and among all of this you would be able to see the young stars that begin their life along its central dust band. If you’d like to see things like this when you look up at the night sky, Astronomy Club is for you.

Astronomy club is advised by Mayo’s new astronomy teacher, Benjamin Joslin, and the club’s founder and president, Michael Housmans. The club is not only going to be looking at stars and constellations but also all the other awesome things in space. This year they’re trying something new and will be working with the Rochester Astronomy Club and are glad to have even more people who share their interest in astronomy. The Rochester Astronomy Club will be bringing even more people together with a common interest and having more and better telescopes for everyone involved to use.

They have found a good place to set up telescopes, at the soccer fields by Essex Park when the club meets. Anyone is welcome to join and can do so by seeing Joslin in room 2-213. The first meeting was in Joslin’s room on November 28th at 7:40 in the morning.